Please check your details in the fields marked in red. 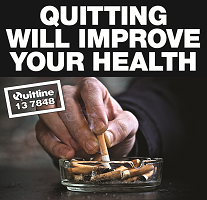 The pleasure of smoking for connoisseurs and bon vivants: tobacco products from Heinemann

Tobacco has fascinated people for centuries. From its once ritual significance among the indigenous peoples of North and South America, this nicotine-based plant became a European ornamental plant, a medicinal product for pains and infections and, finally, the international luxury product that it is today. Whether it is sweet and aromatic as pipe tobacco, modern in the form of cigarettes or rolling tobacco, as snuff or chewing tobacco for “non-smokers” or, of course, in its most sophisticated form as cigars and cigarillos – discover the world of high-quality tobacco products with Heinemann. In the Heinemann Shop, you will find a carefully assembled selection of top international brands from Marlboro and Lucky Strike to Cohiba and Montechristo.

Tobacco to go: without industrialisation, the cigarette would never have made its mark. Everyday life became faster-paced and more demanding, so there was no longer any time to enjoy a cigar or a pipe – people preferred enjoying a smoke that was quick and of good value.

Enjoyable and sociable – the many pleasures of tobacco

Nowadays, all around the world, the cigarette is the pinnacle of the most popular tobacco products, either as a ready-made filter cigarette or as a self-rolled cigarette made of finely cut tobacco. But tobacco also offers a wide range of intensive taste experiences for connoisseurs in addition to this:

Buy your favourite tobacco goods from Heinemann, or try out something new from the wide-ranging Heinemann selection.  Cigarettes, cigars and tobacco as well as spirits, fragrances, confectionery and much more can be conveniently ordered online in advance and collected ready-packed for you from the Heinemann Shop at the airport on the day of your departure